The Av-Gay Lab was established at the University of British Columbia in 1997. Our primary research focus is Tuberculosis (TB) pathogenesis.

TB is caused by Mycobacterium tuberculosis, which is one of the most devastating infectious agents in the world today.  One-third of the world’s population is exposed to TB, which kills nearly two million people annually with over 10 million new infections taking place each year. Synergy with the human immunodeficiency virus (commonly known as HIV), along with the emergence of multidrug resistant strains of TB, has reaffirmed TB as a tremendous public health threat worldwide today.

Mtb is an obligatory human pathogen which enters the lungs carried by aerosol cough droplets and is subsequently engulfed by circulating alveolar macrophages. Macrophages are key components of the human innate immune response with a defined role to search and destroy invading microorganisms. Mtb is able to sense its changing environment and actively neutralizes the macrophage’s killing machinery allowing it to replicate inside the macrophage. With the increasing prevalence of multidrug  and extensively drug resistant tuberculosis in multiple countries, there is a pressing need for new approaches to combat TB.

Over the years, our activities covered multiple aspects of Mtb physiology and pathogenesis and have now expanded into three main research areas:  (i) Signal transduction in mycobacteria and between Mtb and the host macrophage, (ii)  Novel approaches for drug discovery focusing on the intracellular lifestyle of Mtb and (iii) Nitric oxide as anti-infective agent. Our most significant contributions include: 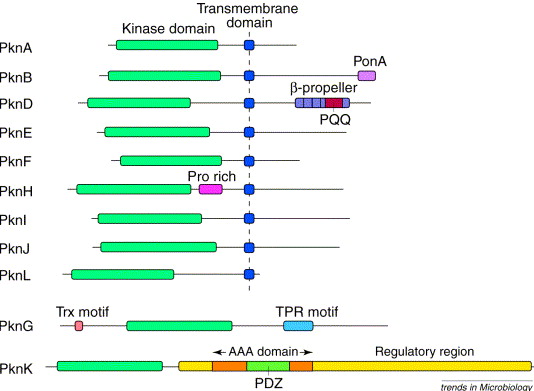 Discovery of “eukaryotic-like” proteins in Mycobacterium tuberculosis (Mtb). Prior to the genomic era, we identified a new family of eukaryotic-like protein kinases and phosphatases in Mtb. Protein phosphorylation is a principal mechanism by which Mtb translates extracellular environmental stimuli into cellular responses. Mtb has both classical “bacteria” histidine kinases, as well as “eukaryotic-like” serine/threonine protein kinases that mediate these signal transduction pathways. Our studies established us as a leading laboratory studying  mycobacterial signal transduction, reflected by numerous citations, review articles, and invitations to present at international meetings, including Gordon Research Conferences, American Society for Microbiology (ASM) meetings and others. Throughout the years we have shown that these proteins control key aspects of Mtb physiology including virulence, dormancy, amino acids, cell wall biosynthesis and aspects of antibiotic resistance and respond to external stimuli such as nitric oxide and antibiotics. 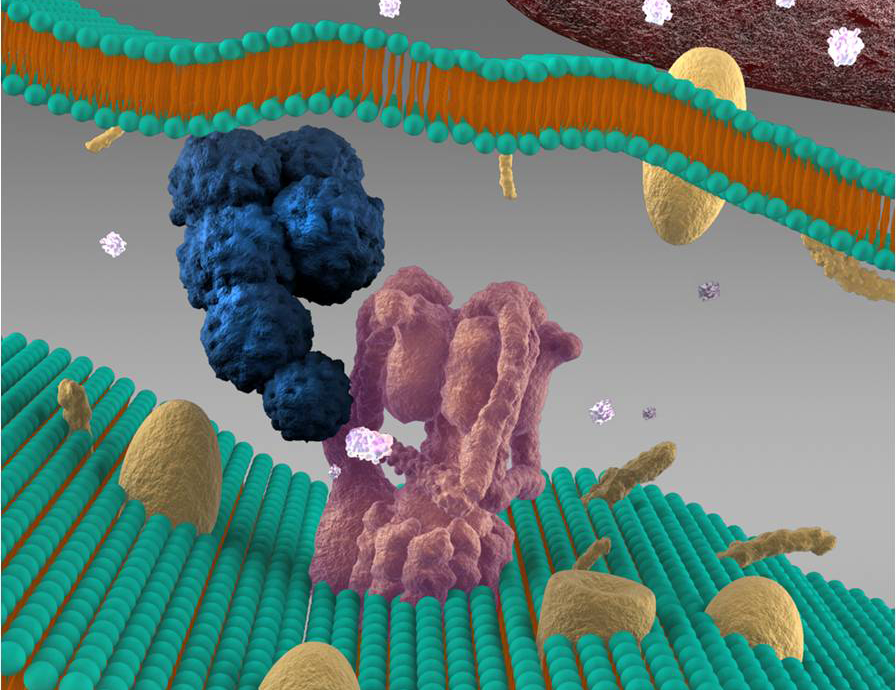 Discovery of a mechanism by which Mtb interferes with host macrophages antimicrobial pathways. We found that Mtb secretes a protein phosphatase, PtpA,  into the cytosol of the infected lung macrophage. PtpA dephosphorylates the human signalling protein, VPS33B causing inhibition of well defined anti-microbial cellular pathway termed phagosome-lysosome fusion. In a follow up PNAS report we showed that PtpA binds to another protein, the macrophage’s V-ATPase, a protein complex located in the phagosome membrane that drives luminal acidification. We showed that PtpA directly inhibits phagosome acidification, establishing its key role in Mtb survival and pathogenicity within host macrophages. This discovery provided the first Mtb protein that directly interferes with host functions and the mechanistic explanation to a key mycobacterial virulence trait discovered in the 1990’s.

Utilization of Nitric Oxide (NO) as an antimicrobial agent. We revealed NO’s role in activating Mtb kinases and identified the mechanism used by mycobacteria to protect against NO induced damage. We translated this research into a clinical drug development program and completed a phase I clinical trial demonstrating the safety of antimicrobial levels of NO given via inhalation. We have founded a company, Beyond Air, now listed at the NASDAQ stock exchange. Beyond Air pioneers the development of novel treatments for bronchiolitis, viral infections and cystic fibrosis. We also developed NO impregnation technology for medical devices that renders them “self-sterilizing”and licensed the technology to Enox Biopharma Inc.,  currently conducting clinical trials using NO for treatment of hospital-acquired infections. 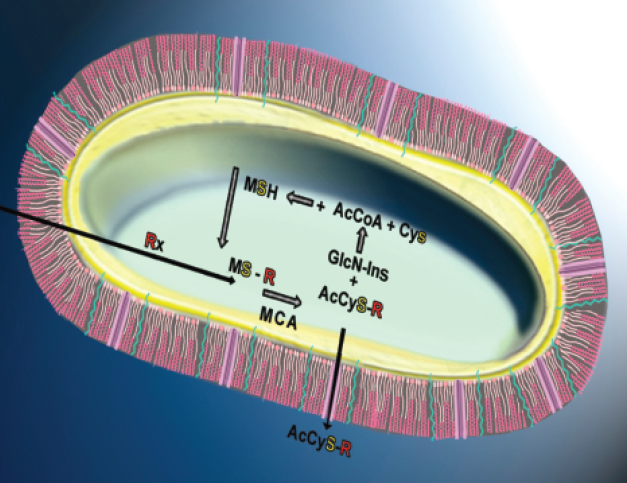 Identification and characterization of Mtb thiols. Mtb produces two main thiols; mycothiol (MSH) and ergothioneine (EGT). We identified the complete set of genes that code for both agents. We showed that MSH is used as an innate protectant against xenobiotics. MSH provides mycobacteria with the ability to resist host defense mechanisms, free radicals, alkylating agents, and antibiotics and activation of drugs against TB. Our studies of EGT revealed its role in nutrient-starved model of persistence and long-term infection of macrophages. We further showed that central carbon metabolism, protein kinases and lipid precursors regulate EGT production and that EGT, like MSH, modulates drug sensitivity. 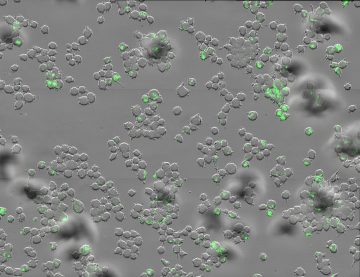 Targeting the intracellular life style of Mtb for drug discovery.

In the past two decades we have participated in various drug discovery programs. In collaboration with GSK, we have developed an intracellular HTS assay for finding new anti-TB compounds active in human macrophages. This unique assay enables rapid monitoring of efficacy and toxicity characteristics of candidate inhibitors in a highly sustainable way conducive to industry settings, unlike conventional screening methods. We have used this assay, in variations, for discovery and characterization of novel inhibitors within infected macrophages.